By SailInTurkey Admin On June 28th, 2014 in News & Events, Testimonials 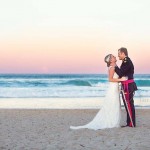 This is a brief record of Cameron and Amy’s short voyage around the Datca and Bozburun Yarmadasi, during the period 01 to 13 June 2014

1st June.   Sailed from Marmaris mid-morning with intent to spend the night at Serce Limani.  In building winds, changed course for Ciflik and moored on Mehmet’s Place wharf.  Dinner was very good and I would recommend the understated “Mehmet’s Place” to anyone.  Also, take an evening walk up the road behind the restaurant.  You will find it to be most pleasant.

2nd June.   Sailed for Serce leaving Ciflik mid-morning after a brief stop in at the local shop.  the winds had eased and it was an easy sail between the two bays.  We spent the night on a mooring in Serce Limani amidst blustery conditions.  Dinner was very nice however the highlight was walk hinterland along the road to Taslica.

3rd & 4th June.   Departed Serce early morning on 3rd June bound for Bozburun and safe harbour due to forecast of strong winds.  the passage was uneventful though the scenery was spectacular.  Dinner at the ‘Bozburun Yacht Club’ by the Harbour in rising winds, followed by a long night on deck monitoring the situation as the wind increased further.

4th June.   We saw the highest winds during mid morning with the strongest gusts at 56knots.  many boats (including Honu) had to use their engines to keep them from hitting the pier.  Dinner was from a local shop, back from the tourist areas specializing in Pide – 16TL for two pide making it a cheap and very tasty option. Highly recommend.

5th June.   Departed Bozburun for Sailor’s Paradise Bay, mid-morning in windy conditions (>30knots).  Ended up having an informal race with a 43′ Bavaria up the Yesilova Korfesi and with two reefs in the main and a “storm jib” were able to leave them far behind.  Sailors Paradise Bay is an idyllic  location with a very nice restaurant.  However the valley tends to create a wind funnel effect and the night was spent dealing with some blustery conditions.

6th June.   Departed Sailors Paradise Bay for the much recommended Aurora Restaurant in Selimiye.  Despite strong winds within Sailors Paradise bay we enjoyed casual 10 – 15 knots once clear of the bay and had a lazy motor-sail between the islands into Selimiye.  Aurora proved to be all that was promised and a lovely evening was had.

7th June.   Departed Selimiye mid-morning and sailed to Keçi Buku, near Orhaniye.  We anchored under the ruins of the Byzantine Fort; on the West of the islet and spent a very peaceful night aboard with a ‘home-cooked’ meal.

8th June.   After a brief stop in Marti Marina for fuel and to pump out the holding tank we commenced the long passage to Ova Buku.  Whilst we sailed most of the way in beautiful conditions we motor-sailed the last 10 sea miles in order to out-run a looming storm system that was building in the North-East; successfully I might add.  At Ova Buku we rested at anchor with a stern line to a mooring associated with Ortam Restaurant.  the hospitality at Ortam was 2nd to none and as such we decided to stay another night in the lovely bay.

10th June.   Departed Ova Buku early morning (after a coffee with Suluman, the owner of Ortam) bound for Bozukkale.  The winds were very light and we were forced to motor sail for much of the passage which took us to the South of Symi, between some of the islets.  We spent the night on the jetty of Sailors House.  Dinner was pleasant but probably over priced for what it was.

11th June.   After an early morning investigation of the old fort and having decided that 5TL for a loaf of bread was akin to highway robbery, we decided leave Bozukkale for an anchorage ‘to be determined’.  The sight of storm clouds and the fact that we’d not had power or water since Selimiye lead us to the safe harbour and reliable services of Mehmet’s Place in Ciflik.  We had a lovely sail; down wind at last.

13th June.  After staying in Ciflik for a second night, we started our final passage of our cruise; back to Marmaris.  The winds were light but favourable so we went offshore to enjoy the conditions.  After a brief run out wide we came back into the bay; dueling with a 54’for sport and giving them a good run for their money.

……..So that concludes our all too brief time on Honu, and cruising the Turkish Coast.  Vowing to return and do it all again – perhaps with friends and family; and hopefully for longer – these two honeymooners say Goodbye and Bon-Voyage, at least for now………..

All content Copyright © Sail In Turkey, 2023 All rights reserved.